support for persons living with suicidal thoughts and suicide attempts

After an attempt, one of the most powerful things to know is that you are not alone. You may have never felt this way before— but you are not the only one who has felt the way you do now. Knowing how others have made it through may help you learn new ways to recover. In this spirit, the Lifeline asked persons who have survived suicide attempts to recall what helped them make it through their darkest moments. Hopefully the rewards they later found will inspire you. 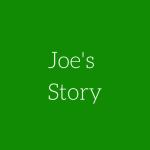 Joe felt like he was living in a nightmare that would never end. “It felt like the only thing I could control was if I lived or died. It was this feeling of overwhelming sadness and defeat. I thought I was just dragging down my family and friends and rationalized that they would be better off without me since I was such a drag,” he said. Read Joe’s story. 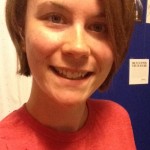 Melanie believed that she didn’t have “reason” to be depressed. That guilt made her feel even worse. “Despite having people who loved me, I felt deeply alone. I didn’t think I had a sense of purpose in life, I thought I was worthless,” she says. She knew she was lucky to have a roof over her head, food on her table, and the opportunity to get an education. Plenty of people had it so much worse and they were happy. Read Melanie’s story. 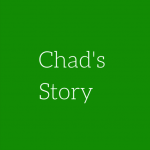 Chad thought the world was better off without him in it. He felt hopeless and thought that people in his life, even his daughter, would have a better life if he no longer existed. He thought about it and rationalized it so much, he believed it was the truth. Read Chad’s story.

“Aloneness is not merely an adjective or a description, but a place. It is a place devoid of everything and anything that you think makes you happy. All of the people you love do not exist there. The silence and emotional isolation are deafening. There is an insurmountable amount of pain. It is a pain that is so emotional, that you feel the pain physically. Your chest swells and tightens. You shake. You sweat. You cry.” Read Anna’s story.

From ages 17 to 21, Ashley made five serious suicide attempts. “I felt like I was never going to change, I was constantly going to be a disappointment to myself and others,” she says. Read Ashley’s story. 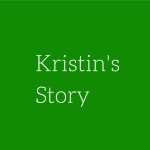 On the anniversary of her attempt, our You Matter blogger Kristin talks about how surviving a suicide attempt changed her life. “Returning to the outside world, away from my safe haven of the institution, was not what I wanted or expected. But, it was reality.” Read Kristin’s story.

Are You in Crisis?

If you need to talk, but prefer to chat online, Click to Chat.